The TPS100 nanoparticle sampler collects airborne particles directly on an electron microscope (EM) grid which can be analyzed directly (no preparation required) using a high resolution EM to obtain detailed characterization of airborne nanoparticles. The TPS100 is the first fully self-contained, handheld thermophoretic sampling device on the market.

Nanoparticles are ubiquitous in the atmosphere, and exposure to both naturally-occurring, combustion related and engineered nanoparticles (ENP) is a growing concern with respect to public health and impact on the environment. Detailed characterization and speciation of airborne nanoparticles is a critical component to an effective assessment of exposure. RJ Lee Group, in collaboration with Colorado State University, has developed the TPS100, a sampler based on the principle of thermophoresis, or thermal precipitation. Thermophoresis is when an internal temperature gradient creates a force that drives particles to the EM grid, independent of the sampler’s orientation.

Although the TPS100 is a recent innovation, early adopters of this unique technology include government agencies including NIOSH, EPA, NASA, and the Oak Ridge National Laboratory (ORNL). Projects to date include the evaluation of cerium particles in diesel fuel emissions; investigation of siloxane in the atmosphere; characterization of secondary organic aerosols; evaluation of emissions from 3D printing; characterization of aerosols released from composite nanomaterials; assessment of the release of nanocellulose from a production process; characterization of combustion (see image right); and a study of the release of ultrafine metal particles from commercial products with small electric motors. In addition, the TPS100 was selected by NASA for an experiment on the International Space Station.

‘Development of a Transfer Function for a Personal, Thermophoretic Nanoparticle Sampler’ published in Aerosol Science and Technology in January 2014.

Upcoming Presentations Related to the TPS100 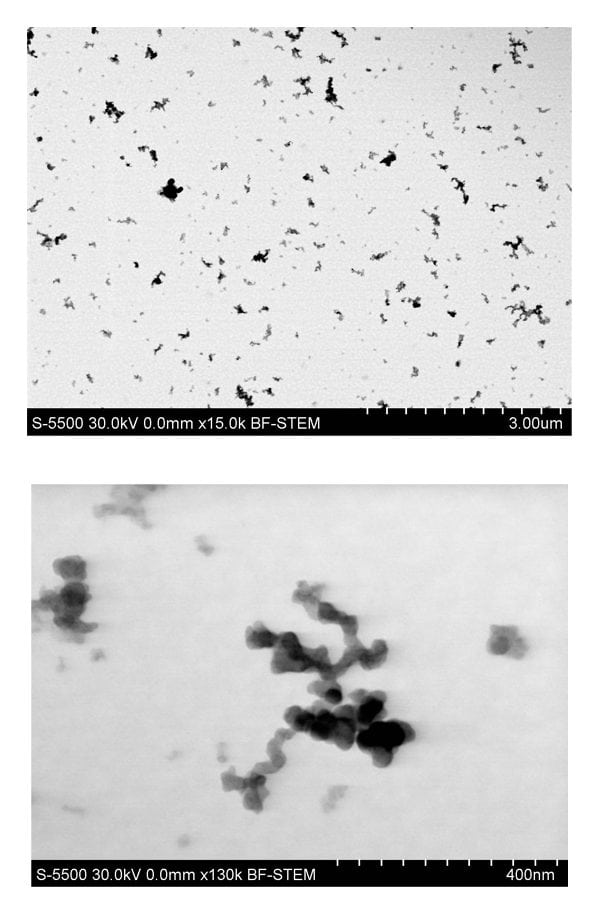